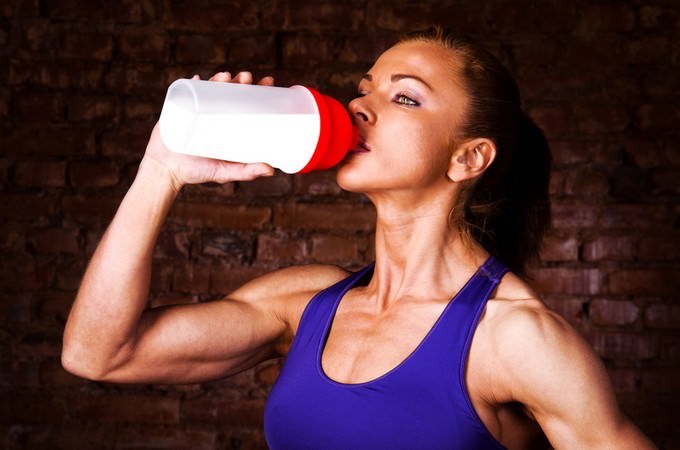 Amino acids are organic substances that form proteins, which are part of the muscle composition, along with glycogen, glucose, salts and water. Therefore, the introduction of amino acids into the body forms proteins that enter the muscles composition. Supplements containing BCAAs for women are highly promoted, claiming they increase muscle mass during weight-carrying exercises and prevent catabolism (destruction) of proteins during endurance exercises.

There are products where there is only one individual amino acid and products that contain amino acids in different combinations. Arginine and ornithine are most commonly promoted as “natural steroids”, and arginine and lysine are recognized for promoting weight loss through adipose tissue. In any case, studies on protein and amino acid supplements have shown beneficial effects in muscle strength and muscle mass.

For a muscular development without risk

To increase muscle mass, it is beneficial to administer amino acids before half an hour of strength training (arginine, glutamine, creatine) and half an hour after training. Creatine administration has, over time, imposed controversy, and in some countries,  it is even banned from performing sports. Consisting of three amino acids (glycine, arginine, methionine), it has a role in increasing strength and muscle mass. It is supposed that this formula of three amino acids that make up creatine is extremely beneficial for this purpose, more than amino acids given alone or found in other formulas. It is naturally produced by the liver, kidneys and the pancreas and is found in meat and fish, but in small quantities and is stored in skeletal muscles in free form or bound to a phosphate molecule that serves the muscle as the immediate source of energy for muscle contraction.

Risks of supplementation with amino acids

Those who do sports, either at the gym or in any other form, and to increase mass in the body, in addition to supplementing with amino acids, have a high protein diet can have some health problems. Excessive protein diet, associated with supplements rich in amino acids or proteins, can affect the kidney, but after long and exaggerated management. Other adverse effects of amino acid addition are intestinal cramps, diarrhea, increases in uric acid levels. It has been demonstrated that the dose of amino acids should range between 350 mg and 400 mg per day to have the expected effects and to avoid the occurrence of undesirable side effects.

L-carnitine is currently one of the most popular nutritional supplements, being most often used by professional and amateur athletes. It has real weight-loss properties and is an adjuvant in treating cardiovascular disease or reducing cholesterol. Here are some of the benefits of using this supplement and how to administer it correctly.

Check out this useful site: https://link.springer.com/journal/726

The substance was isolated at the beginning of the 20th century from meat products. A period of time has been considered a vitamin (Bt), but it is now known that a healthy body can synthesize it in sufficient quantities in the liver and kidneys, and only in some pathologies metabolism cannot produce the necessary. Man synthesizes the nutrient from lysine and methionine, two amino acids, in a process involving several biochemical stages. In order for these to take place normally, iron, vitamin C, vitamin B6 and vitamin PP are needed. Synthesis of the body adds the substance received through food and possibly as a supplement. Foods with the highest L-carnitine content are beef (81 mg), pork (24 mg), whole milk (8 mg), fish (5 mg).

See also  The Birth of Fast Food in America

L-carnitine is a substance responsible for the transport of long chain fatty acids in the mitochondria, the cell’s energy factories. In other words, carnitine contributes to the release of energy from fatty acids, energy used mostly by the muscles in activity (including the heart). Nutrition is therefore very important in the development of metabolic processes, especially those that release energy.